Dead Can Dance Live with Love


There is only one thing I can think of at the moment to write about. My problem is that my feeble use of the English language is insufficient to describe the event with any of the colour that it richly deserves.


Last week my wife and I saw Dead Can Dance on their world tour at the Royal Albert Hall. I was very fortunate to have been able to sit on the telephone the day the tickets went on sale and got 2nd row tickets. I have never been to the Royal Albert Hall, which is a wonderful and very impressive venue. I had wondered if, because of the special venue, we may have been in for an even more impressive concert with Dead Can Dance being backed up by a small orchestra. But I can understand why this wasn’t done. Dead Can Dance would have had to have taken weeks out of the tour to prepare and practice for such a one off special and they are in the middle of a gruelling world tour. 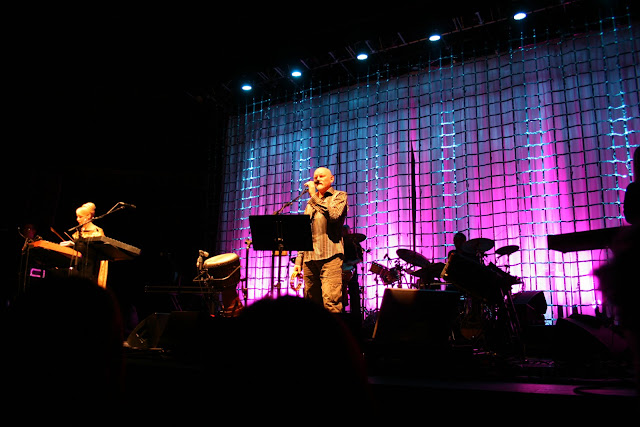 I had seen Dead Can Dance when they last toured in 2005. We had just managed to get tickets for that concert and were right at the very back of the venue. So we were determined this time to try and better that. Even then though, stuck right at the back of the venue, the concert was awesome and an experience like no other concert I had experienced before. The only problem with that night was people getting out to take phones calls or the call of nature after having drunk too much beforehand, which was just annoying when being caught up in the atmosphere only to have it crash down by someone’s bottom shuffling in front of you a few times through the set. 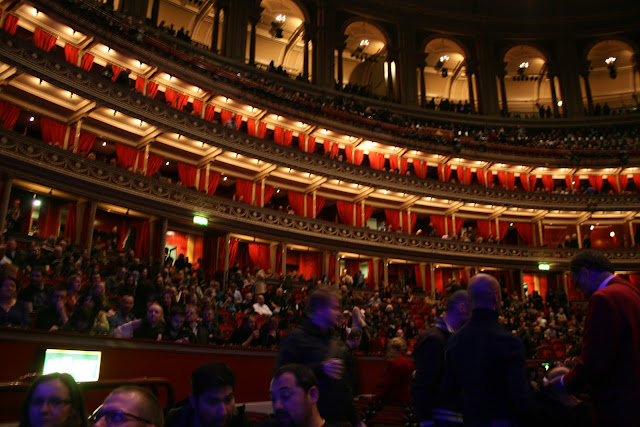 This time we had the chance to be properly involved in the atmosphere.

We also saw Lisa Gerrard, one half of Dead Can Dance, doing her own concert a couple of years later for the Silver Tree tour. The incredible atmosphere created at that concert was the single most electrifying experience of my life, and to prove that it was not just myself imagining this experience, my wife was also very moved and judging by the tears in the audience that evening, the rest of the venue felt it too. 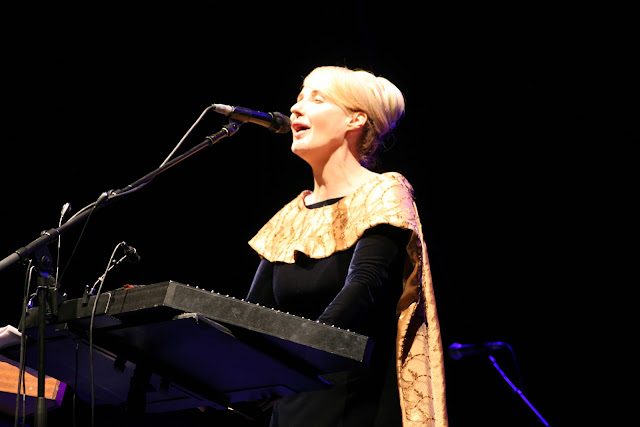 But before trying to explain what a Dead Can Dance concert is like, let me first get off my chest how easily an experience like this can be ruined. I’m really starting to get fed up with concert goers that are completely selfish and ruin an experience for others. First of all there are the talkers, that have spent good money, the same as everyone else, to see an artist perform, and then spend nearly the whole time talking through it. I can sort of understand this at a live gig at an already established club night, where a proportion of the folk that are at the gig are there for the club night and not specifically there to see the artist, but when it’s a dedicated evening just to see the artist, it’s damned selfish and extremely ignorant to ruin someone else’s experience by having a catch up or general chit chat all the way through a performance.

The other annoyance I find happening more frequently is mobile phone video recording. These people really wind me up. Masses of phone screens held up in front of you, blocking the site of the artist you have come and paid money to see, by selfish idiots that want to be able to put a poor quality, terrible sounding, crap piece of video footage on You Tube. What I don’t get with these people is the fact that they don’t realise that the time they waste recording this naff video and watching a tiny video screen instead of watching the actual artist, they have missed the experience, and the experience certainly hasn’t been captured on a wobbly out of focus video with a scratchy soundtrack! 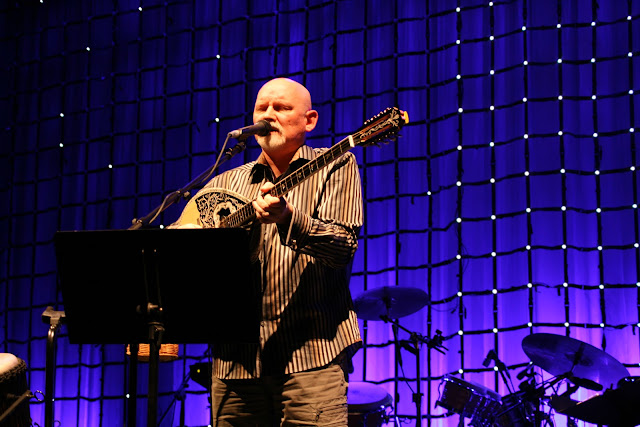 Fortunately for us these issues were not present from the incredible seats we had at the front. But I have heard of other folk having these issues, which is quite upsetting for these people that have paid the same money to gain an experience ruined by the selfishness of others. I also heard that one of the Royal Albert Hall’s PA speakers was crackling, obviously broken.  Personally I would ask for my money back from the Royal Albert Hall if that was the case, from such a venue, I would only expect perfection in sound quality. So if you were affected by the crackling speaker, demand some money back!

The concert however, was an absolute treat. There had been strange forum user rumours that Lisa Gerrard and Brendan Perry didn’t seemed gelled or collaborative, but from my position, I thought they worked happily together. The new album certainly harks back to days when they worked together rather than just contributed their own tracks to an album. Brendan Perry played along with a couple of Lisa’s own solo songs instead of just sitting back and letting Lisa do her own thing. The only unusual vibe I picked up from Brendan was his frustration of getting everything absolutely right, he seems to be a perfectionist, which I can relate to. I have song writing ability, but a lack of musicianship which creates frustration against oneself. I could see this in Brendan, he composes great songs, but his technical ability next to the incredible session musicians Dead Can Dance always use most likely puts an unnecessary personal strain on proceedings. 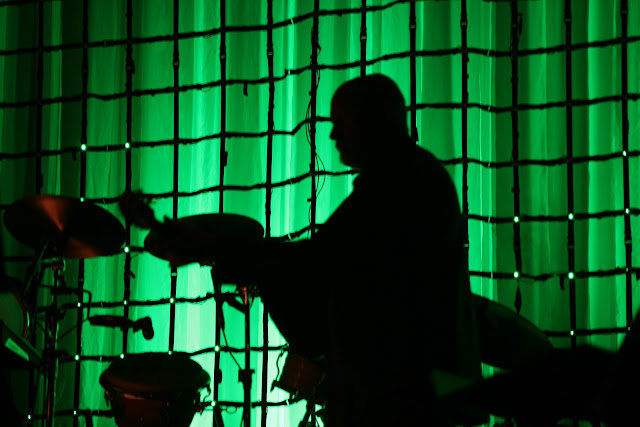 Having said that, there was barely a note wrong all evening.

How do I describe a Dead Can Dance concert to the layman? This was not just a concert where the audience sings along and claps to a lovely tune, neither is a concert to stand up and strut your stuff to. Instead, at a Dead Can Dance concert, the atmosphere builds from the artists on stage out to the audience, creating a hypnotic rhythm that then sends waves of love and tenderness around the auditorium. This may sound a very hippy and silly thing to describe just a concert in such a way, but the evening started out like any other concert and by the end had the whole venue crying, for many people quite literally, including myself.

Both artists project this love and tenderness, but the more accessible emotion emanates from Lisa Gerrard. Her piercing and beautiful voice hits you with such power, force and beauty that within minutes your heart feels as though it will explode. Brendan Perry’s power comes more from his music than his voice. Although his voice has its own tenderness, he seems to really know and get the power from the combination of rhythm and strong padded yet simple keyboard strokes. This is done simply and hypnotically even though the time signatures are sometimes very complicated. 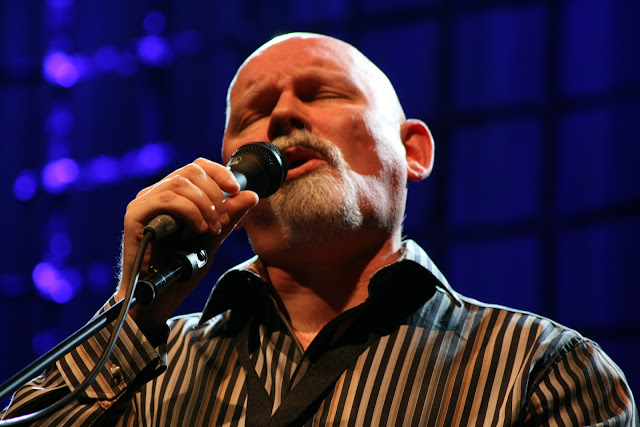 Dead Can Dance performed the songs from their new album which sat perfectly with the other older songs dropped in, some from Lisa Gerrard’s solo material, an old Greek song, a song Dead Can Dance did for This Mortal Coil and Brendan Perry performed Song To The Siren, a Tim Buckley song that This Mortal Coil successfully covered. After this barrage of love, tenderness and emotion thrown headlong at the audience, none of us wanted them to leave and have the experience over and done, which was cause for several encores. The last encore which looked slightly unprepared, I thought was improvised, as it was just a keyboard player and Lisa and I didn’t recognise the song and Lisa does improvise very well. Whatever the song was, it was a final blast of beauty driven headlong around the marvellous Royal Albert Hall. It was an incredible end to a wonderful show that left me personally emotionally exhausted.

Coming away from an experience such as this, I find myself bemused and bewildered by how anyone cannot “get this”, how someone that loves music doesn’t really get caught up in the way that most of the audience and myself did. I have to feel sorry for the vast majority of music lovers in Britain that missed out on this experience and even worse don’t comprehend what they missed out on. 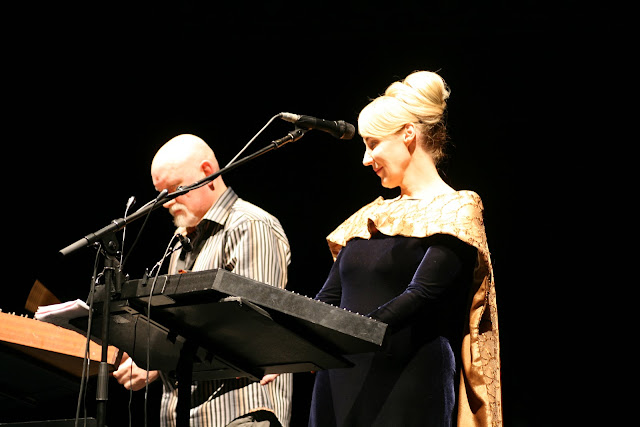 I keep going back to my crisp analogy, how do you convey to someone that has a complete diet of just crisps, what a Malaysian Massaman curry tastes like and convince them of what they are missing out on.

Or even worse taste it and don’t like it…. 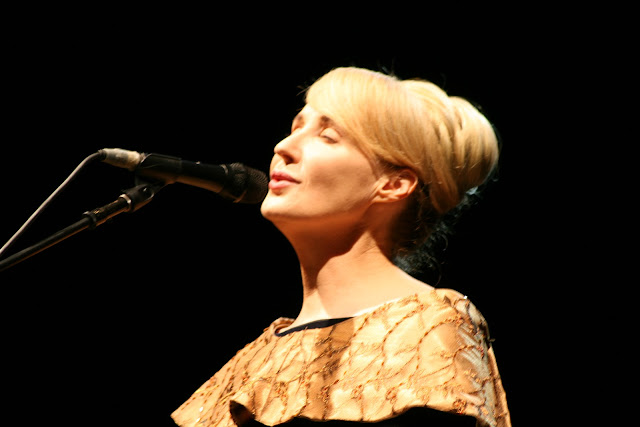 Posted by jonnyhalfhead at 21:00 2 comments: