I’ve had a good week. Little in the way of quantity, but vast in quality. This week I was able to purchase a release by This Mortal Coil. This Mortal Coil didn’t release much, three albums and a few singles. But an album sampler for “Filigree And Shadow” was given out by the Polygram label in Canada.
I saw reference to it in the Eyesore database. Now, the Eyesore database was my starting point for finding out what 4AD had released and what I needed to get. It’s a thorough website and a must if collecting 4AD.
http://eyesore.no/
For five years I’ve been searching for this promo and never seen anything of it. Then for the first time in five years I see it on ebay. 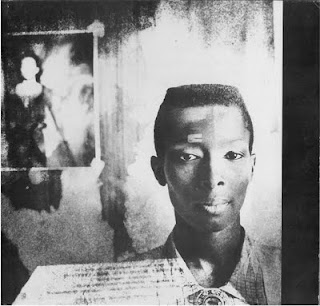 So now, I have it. Only looking back at the eyesore database, it looks as though the one I have is just another version on a different label. So although I’m overjoyed I finally have a version of it, there may be another one.
That’s half the fun of this collection, the detective work needed. Sometimes it’s hard to separate fact from fiction. Ownership is probably the best proof, although bootlegs can also throw that proof out.
So, as usual, one achievement marked and another release added to the wanted list. I’m at a good point in my collection. When the idea first came to me to undertake this task and for the first couple of years after, the want list grew rapidly quicker than acquired list.
Now it’s about even. I see the progress, and the target looks achievable, but not easy so it’s still challenging. Onwards to the next acquisition.
http://www.discogs.com/This-Mortal-Coil-Advance-Selections-From-The-Forthcoming-AlbumCassette-Filigree-And-Shadow/release/2959327
Posted by jonnyhalfhead at 19:53