I will try and show all the versions of a release when I complete collecting them. I've decided to make an executive decision though and not hold out for matrices variations and test pressings. If I have or notice any of these, I think I will add them, but as we saw with the Bauhaus - Dark Entries, it gets to a point with matrix variations where you wonder if the development of yet more discoveries mean that collecting it never ends.

Now I have an awful confession to make. While I find most bands that signed to 4AD in the first decade of its existence brilliant, interesting, beautiful, inspiring and many other heart or mind activating words, throwing muses always left me a little cold. I have lived through a period of explosion in music and while still listening to new music in the late eighties and early nineties and also trying to catch up on three decades of already released music by that time, I made a conscious effort to not be swamped with an impossible task of listening to everything. I learned very early on in my musical exploration that some music reveals its greatest depth and life after tens of hours of repeated listening. Some music just gets better and better the more you listen to it. This means that the battle of getting the real meat out of a piece of music takes so much time that new discoveries have to be limited or picked carefully first from the ocean of music available. 4AD was always a pretty good bet for me, the label gave a kind of partial guarantee of satisfaction.

My introduction to 4AD was mostly through the Lonely Is An Eyesore compilation in 1987. On that compilation was a track by Throwing Muses called Counting Backwards. From all the amazing music on that album, the Throwing Muses track along with the Wolfgang Press and one of the Dead Can Dance tracks left me a little unsure as to whether I liked them or not. The Dead Can Dance and Wolfgang Press tracks just grew on me the more I listened to the compilation. The Throwing Muses track however, just didn't do anything for me to the point that I started to get annoyed by it getting in the way of the rest of the great songs. Because of that track, I never gave Throwing Muses a chance really.

Listening to Dizzy now, The Throwing Muses single from 1989, it still reminds me strongly of that track from the Lonely As An Eyesore compilation and still leaves me cold. Now I know.....this is sacriledges, I'm dissing a band from the sacred 4AD vaults. But this is only my personal opinion and I'm sure there are many, many 4AD fans that absolutely love Throwing Muses. A 4AD collection wouldn't be very complete if I decided to leave a band's releases out just because I didn't get their music.

So for those that do like the Throwing Muses 1989 single Dizzy, here is the complete list (so far) of all the versions of the single 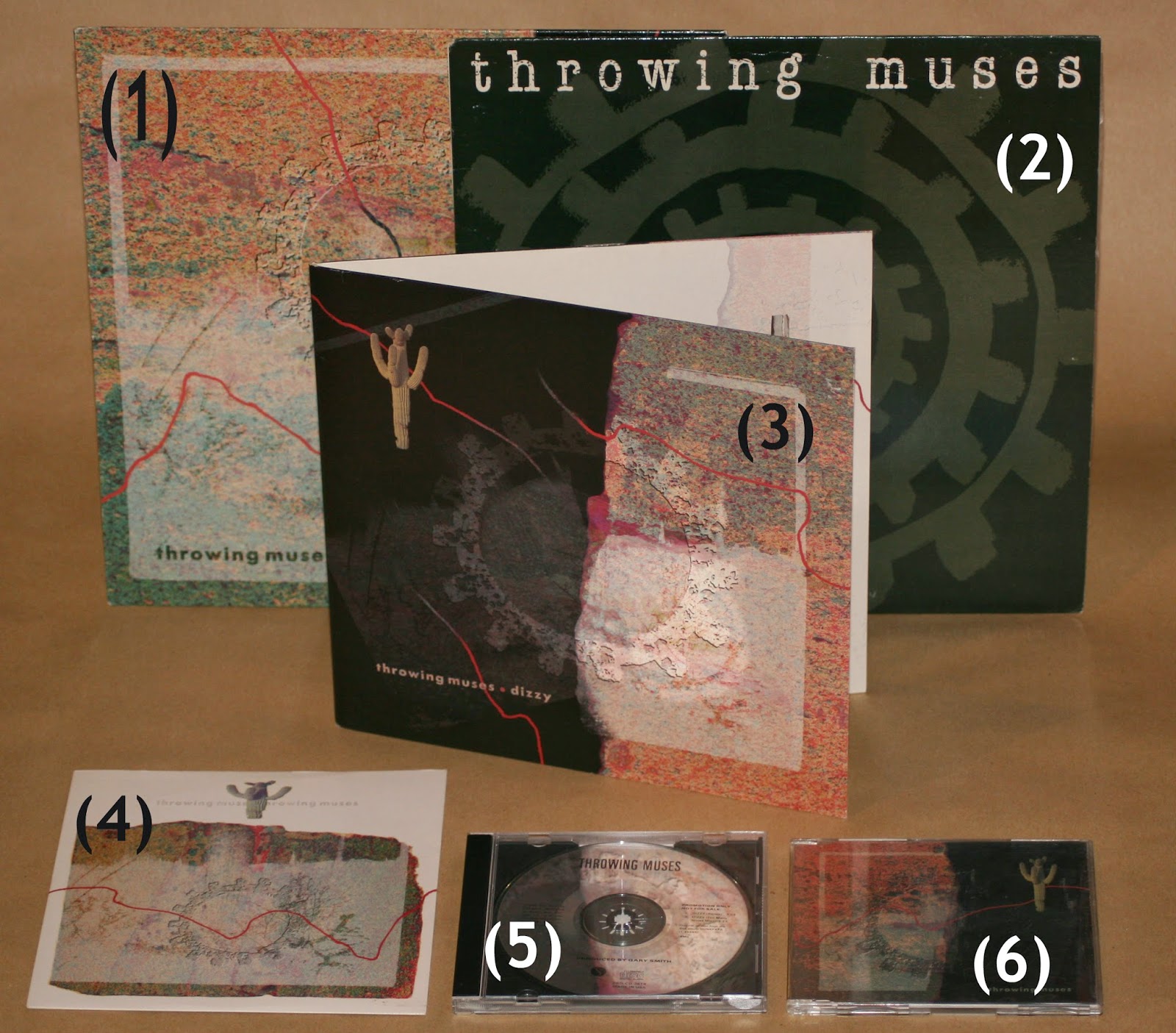 As far as I know, all these releases were all released in 1989. 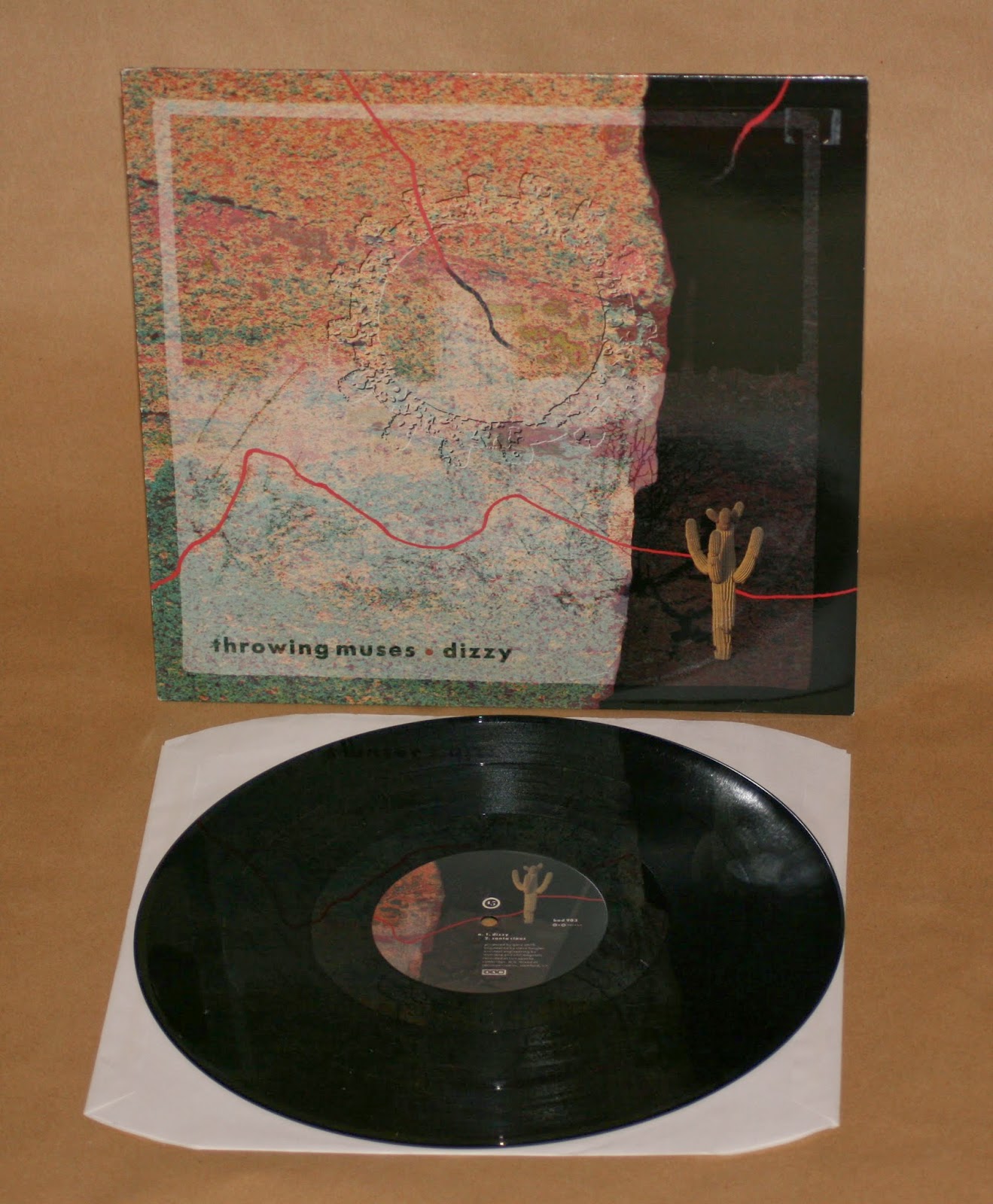 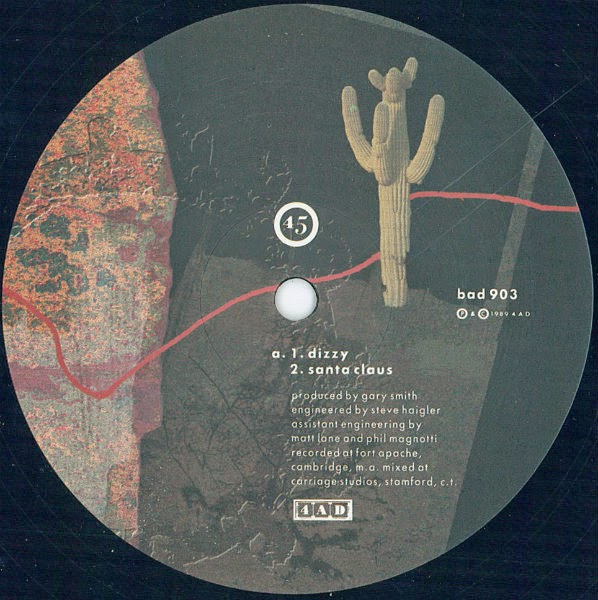 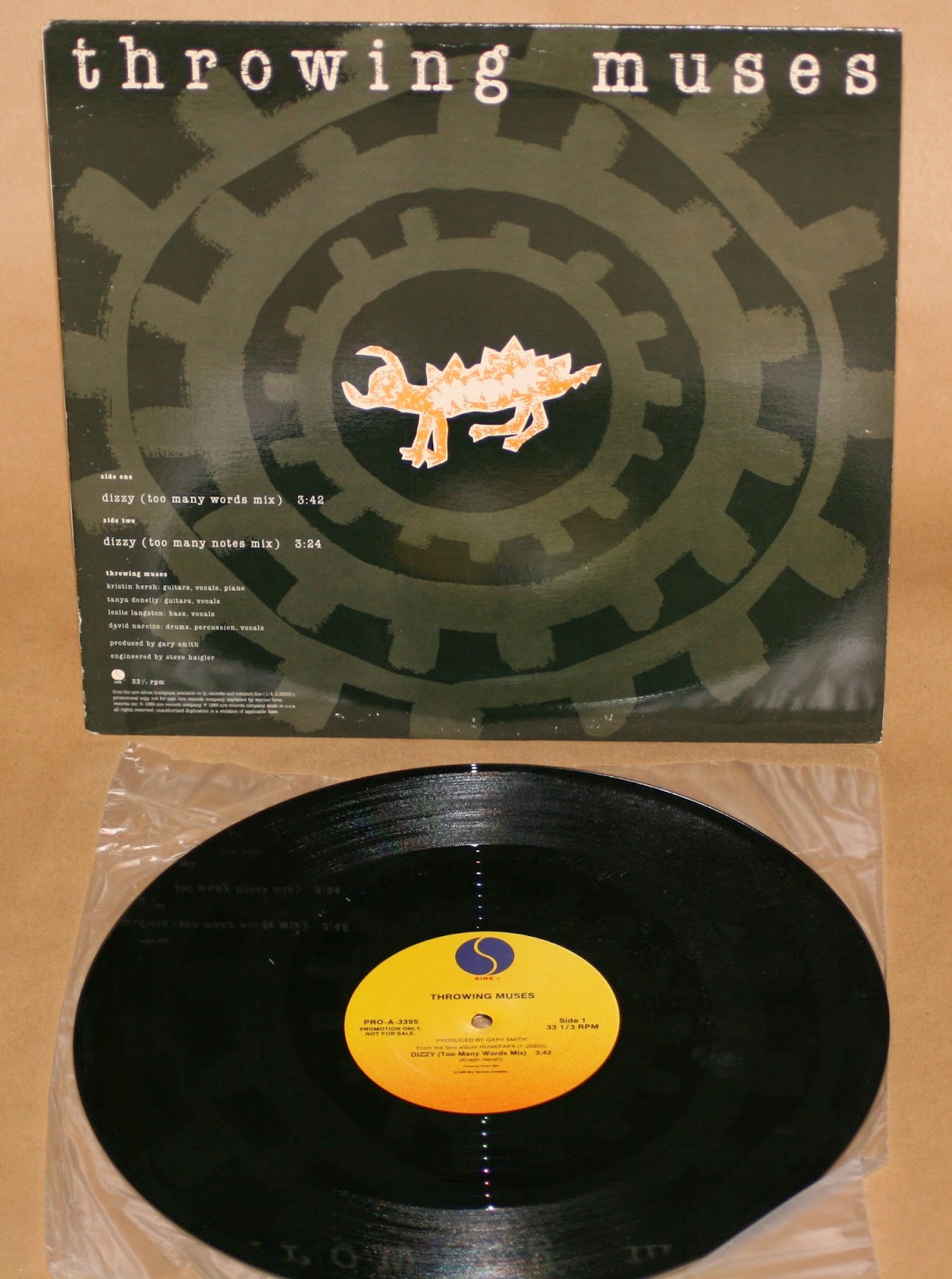 This US promo only sleeve used part of the sleeve design from both the Hunkpapa album and part of which can be faintly seen in the UK singles sleeves. Dizzy wasn't released to the general public as a single in the US, so I assume that the promo 12" and the US promo CD were used to promote the Hunkpapa album, which had the Dizzy single included. 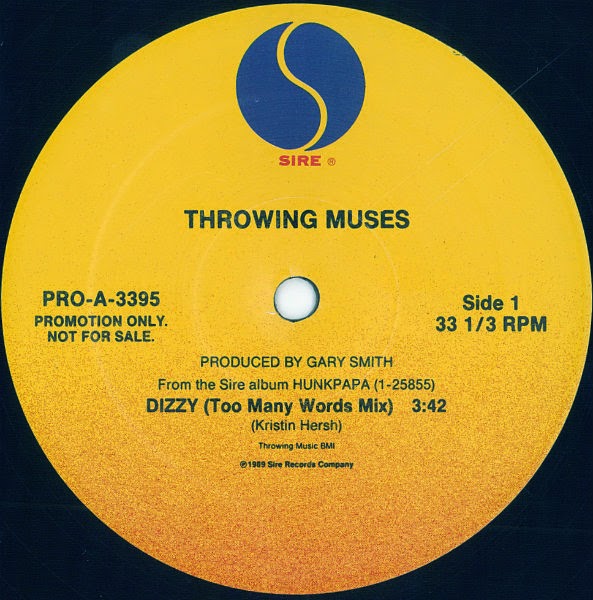 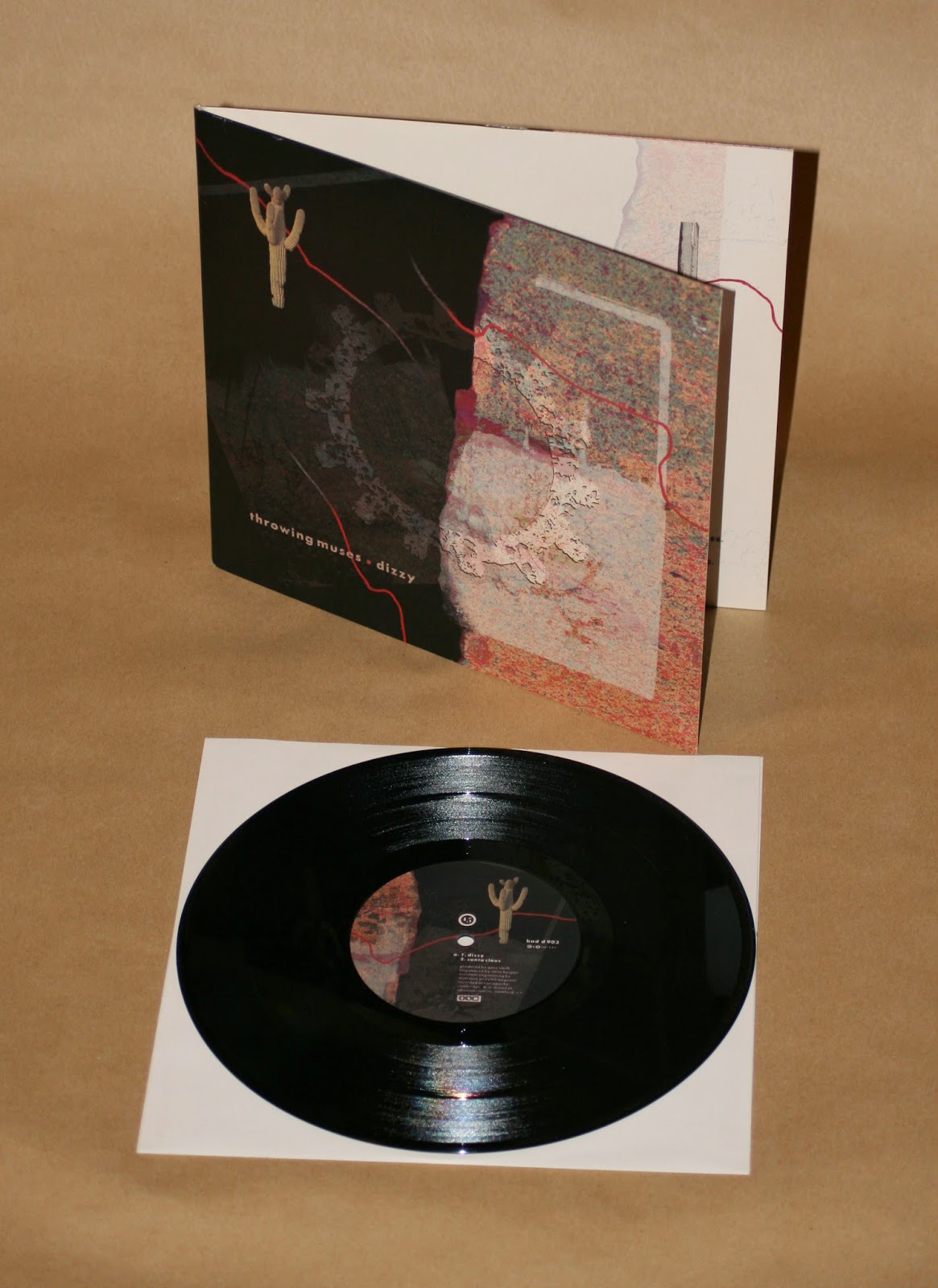 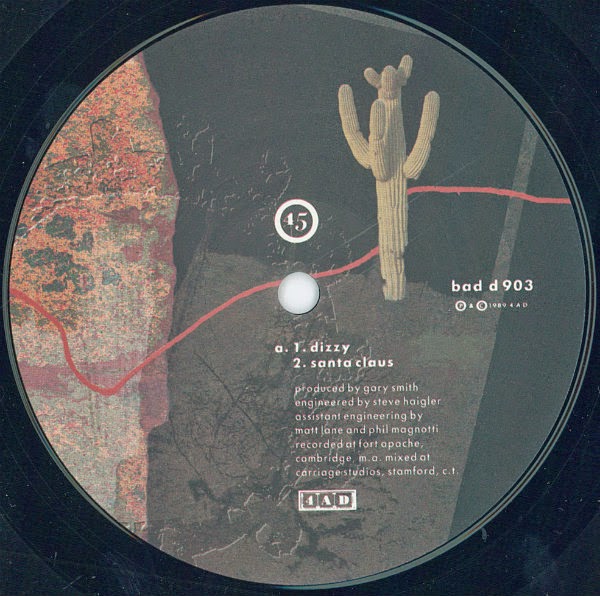 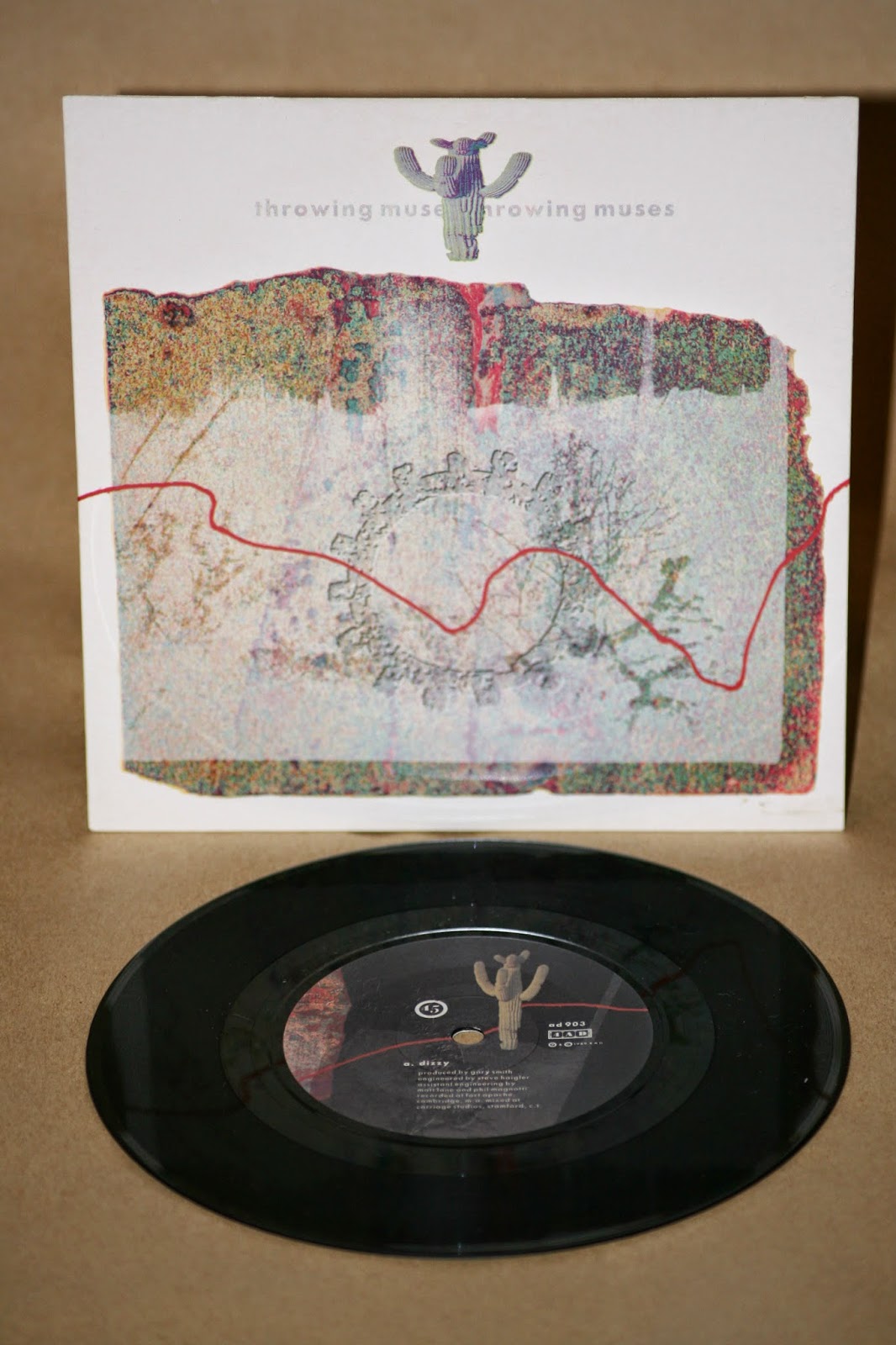 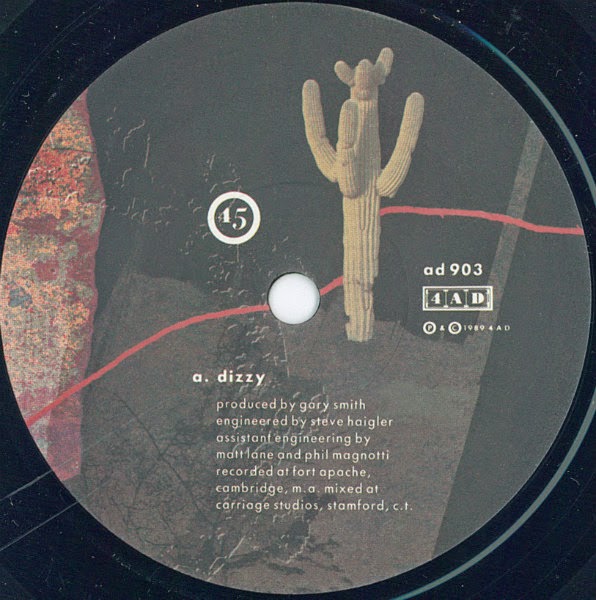 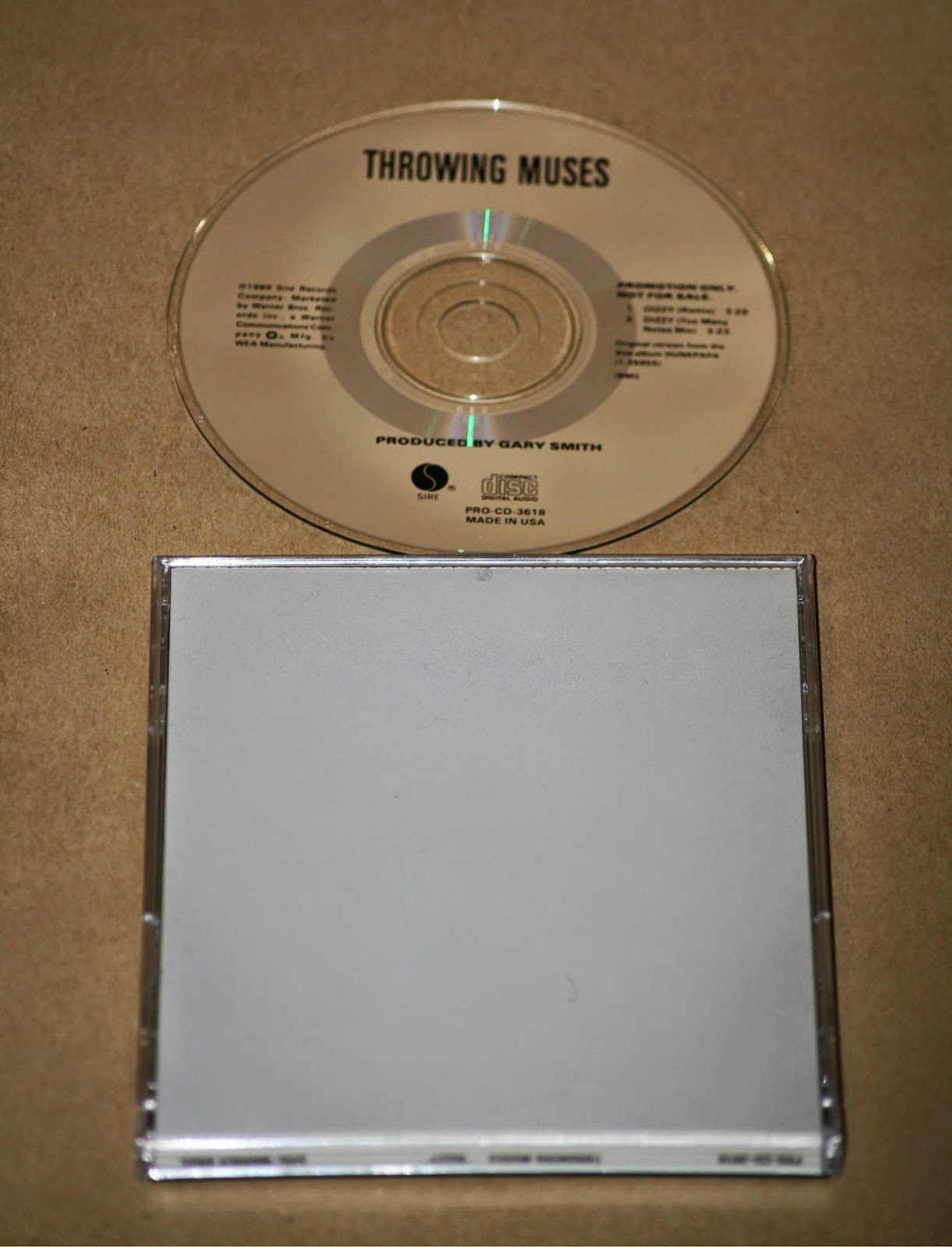 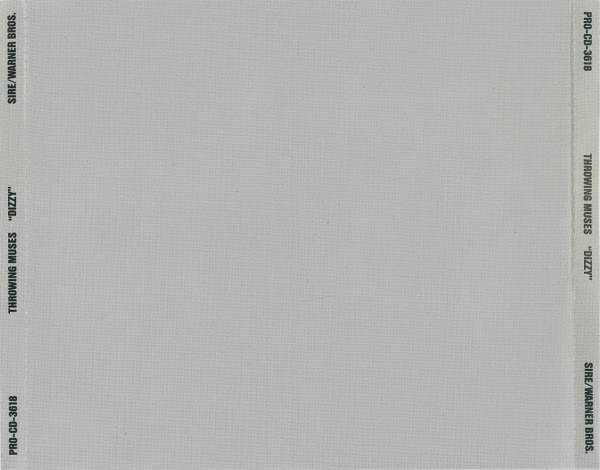 This CD Promo from the US has a grey back sleeve, but no front sleeve, with the single title and release code printed. 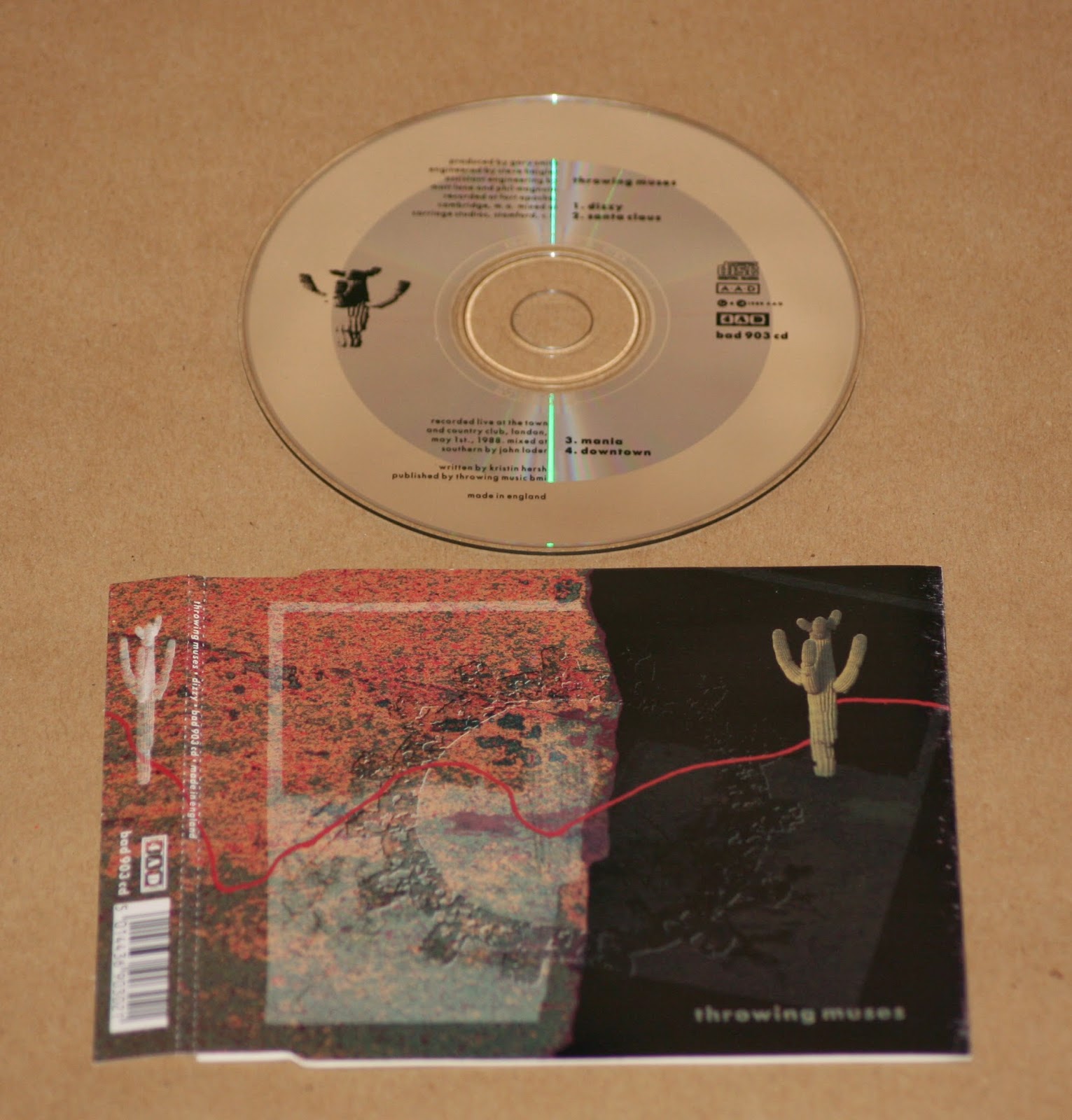 The full details of all these releases can be found Here

This is all I have on this release so far and, as far as I know, is everything released for this single. If I find anything else, I promise to add it to this page. There will no doubt be a test pressing for each vinyl release, but these will be hard to come by

Thanks for reading as always
Posted by jonnyhalfhead at 22:04