An Interview With Pieter Nooten

I don’t really get excited about celebrity, people are only human after all. Most celebrities are famous nowadays for having no talent whatsoever. I do have a great respect for some people who are talented though and show signs of being more than the average human. I then add greater respect for those talented humans that also have some semblance of realism and modesty. So that is probably why I don’t admire that many people as you can probably imagine. I find most people with talent have an equally sized ego to go along with it.

Don’t get me wrong, I know from personal experience, that in order to be able to perform in front of peers, you need to have some sense of ego to be able to pull it off successfully. There is nothing worse than watching an artist that has no faith in their self or their art. Then, of course, there is the matter of living in a world full of people with talentless ego’s who have an insane jealousy of those with real talent.

The saying goes that history is written by the victors. In the modern world is seems to be written by those with the biggest mouth and the biggest ego. Thankfully, in the modern age, there are also other folk with a passion for truth and an eye that can see past the egos and feather displays. 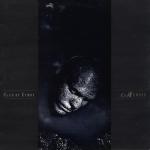 Were am I going with this, you may ask? Well, one musician I greatly admire is Pieter Nooten. Pieter was one third of Clan of Xymox in the eighties. The Clan of Xymox album Medusa made my all time top ten albums (see previous blog entry). Pieter Nooten was the man who edged Clan of Xymox away from being just another goth band, or just from being New Order mark II. I am very fortunate to have been able to put a few questions to Pieter just this last week :

Before meeting Anke and Ronny (who formed Clan of Xymox), what kind of bands were you playing with?

When I was around 16 I used to play drums and later the bass guitar; always involved with local indie bands. Later I bought one of the first tascam 4track cassette recorders and got into composing.

Was there a clear direction in music style when you joined Anke and Ronny (Clan of Xymox), or did your sound develop?

I met them in Nijmegen in 1980 when they were a duo and we got on together immediately, being influenced by the same bands and sounds of the time. We desperately wanted to merge the new developments in music (affordable synths, drum machines, triggering etc.) with the new guitar music of that era.

Was Subsequent Pleasures self released? Why were most of the original copies of Subsequent pleasures destroyed?

I was not involved with the making (or destruction) of SP.

We met Dead Can Dance when they toured The Netherlands for the very first time and Brendan introduced us to Ivo Watts.

How did you personally feel about the way the band was represented by 4AD’s artwork?

They came up with the basic design. We were great fans of 23 Envelope. 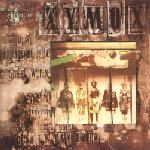 Brendan and I became quite good friends for a while; he was –just like me- a big admirer of medieval and baroque music as well as more contemporary minimalist composers like Arvo Part. Brendan and I should have worked together but it never happened.

What was it like to work for 4AD? Did you have any good relationships still going today?

Oh yes. Friends for life I would say, even though I may not speak to them on a daily basis. I still keep in touch with Brendan, Vaughan and Ivo.

On the Medusa album there are some wonderful, even progressive, changes and styles, which is unlike most of the similar genres typical output of the time. Where did this influence come from, and were these non-traditional methods of non verse - chorus structures universally enjoyed within the band, or did it cause tensions?

At that time I was massively impressed and influenced by contemporary classical music as well as the more experimental pop acts (Tuxedo Moon, Peter Gabriel, Kate Bush, This Heat etc…). I definitely wanted Xymox to develop an influential and ground breaking sound. But Ronny wanted to become famous and produce more commercial sounding material.

Did you have any influence in producing the Medusa album?

Absolutely. I wrote a lot of the material for that album (AND the first). At the time we were all involved with the mixing and production of the albums. john fryer was the main producer and we listened to him but also came up with our own suggestions. Sometimes we would all be hanging over the mixing desk, one changing e.q's and someone else adding velocity etc

How did the work for This Mortal Coil work come about, what are your memories of that experience?

Ivo had a tape of demos of me and simply asked me to deliver that particular song for TMC. John Fryer, Ivo and me recorded it in London.

Have you found a greater appreciation recently for your work done with Clan of Xymox, now that the more recent incarnation of the band shows a distinct lack of your flare?

What can I say… I do get mails now and then. I am proud of what I was capable of at such young age and happy that this inspiration has never left me. On the contrary, it has evolved. My music becomes more and more mature and drifts slowly further and further away from pop music.

We both worked on Cocoon Time when we both lived in London and everything seemed to work out, before the record company that signed us sort of collapsed, as a prequel to what was going to happen to most of them later on…Anka and I have always worked together pretty nicely; we did most of the technical stuff with Xymox.

Absolutely. Mind you, I lost interest in most pop music at a young age already and my influences have always been kind of different. I do NOT have anyone in pop music to look up to so I am not trying to sound like anybody or anything. The music I write now, comes freshly from or should I say to, an open mind.

I have seen references that say you are the father of Dark wave, do you see any truth in that? Do you have any pride in your contribution?

I have never said such! Dark wave? What is that to begin with? Ha-ha.

It’s more cutthroat and backstabbing now than it was back then. But also, there is more opportunities then ever before. There is no money to be made from albums, and maybe that’s a good thing. Artists need to get out of their comfy zone to get noticed.

What are you working on now and what is inspiring you?

I have almost finished my next album. Nothing inspires me more then wonderful music but I am afraid it’s mainly music written centuries ago. This said, it doesn’t mean I am closed of from the present. I keep a close ear to any new music that’s out there.


To find out more about Pieter Nooten :

Is a more ambient direction a subconscious path or a consequence of age?

What are your memories of Dead Can Dance from those early encounters? Have you ever thought of working with Brendan Perry or Lisa Gerrard?

Do you recall how Clan of Xymox became involved with 4AD?
Posted by jonnyhalfhead at 19:33